How can Christians find their identity in Christ, maintain their allegiance to his kingdom and also engage faithfully in politics? On this episode, Rachel and Yancey discuss his sermon, “Christianity and Politics,” and continue the conversation about this sticky subject.

“Which Political Party is Right?” by Bruce Wesley

On this episode, Rachel Chester talks with principal Matthew Neighbors and teacher Dalena Ryskoski about how their faith affects their work in education. Whether it is during the chaos of a pandemic or within the everyday responsibilities of public education, Matthew and Dalena share how they draw strength from Christ and love their neighbors in schools.

On this episode, Ryan talks with Chris Alston, the Director of Leadership Development at Clear Creek Community Church, about how to multiply leaders in every realm of life. Whether it’s in the church, at your work, or in your home, Chris shares his model for raising up leaders of character who not only lead with courage and conviction, but who focus on raising up more leaders for the future.

“Leadership from the Inside Out: Examining the Inner Life of a Healthy Church Leader”, Kevin Harney (Self Leadership)

“The Secret of Teams: What Great Teams Know and Do”, Mark Miller (Team Leadership)

Do you have questions you wish you could ask your pastor? Like, why don’t we display crosses on our buildings? Why do we care so much about baptism? How should we think about politics as the church? Rachel Chester asks Yancey Arrington some of these common questions posed to pastors at Clear Creek Community Church in the first session of Ask Your Pastor.

Awaiting the King by James K. A. Smith

Why do we have elders at Clear Creek? What do our elders actually do and how are they chosen? On this episode, Rachel Chester talks with Aaron Lutz and Dave Vanderweide about the biblical call for eldership and a glimpse into what this looks like at Clear Creek Community Church.

Ryan Lehtinen sits down with Bruce Wesley and Yancey Arrington to discuss the process and people involved in taking an idea and developing it into a multi-week message series. They also give a sneak peak at some ideas in development for 2020.

Yancey Arrington speaks with Bruce Wesley about his recent sabbatical, why rest should be important for all of us, and how we can leverage rhythms of rest in our lives.

RESOURCES:
The Rest of God by Mark Buchanan
Liturgy of the Ordinary by Alan Noble
The Reflective Life by Ken Gire
Them: Why We Hate Each Other – and How To Heal by Ben Sasse 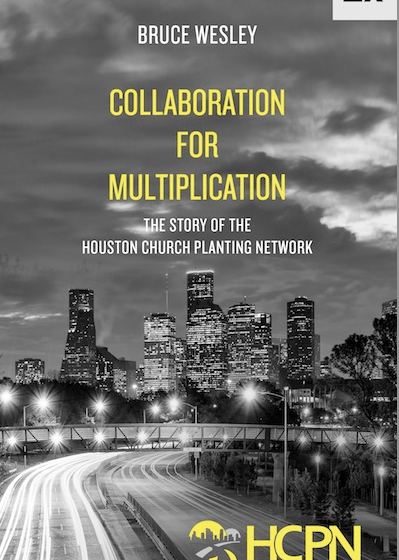 Being overwhelmed changed Bruce Wesley, founder and senior pastor of Clear Creek Community Church. He was overwhelmed by the number of lost people in Houston, Texas, and by the vast Kingdom resources that never got utilized in the multiplication of disciples, churches and movements. Dr. Wesley was also overwhelmed by how long it takes and how much it costs to recruit, train, coach and resource a church planter to plant a church. How could the church reach so many with the gospel with so few resources when it takes so long to prepare one church planter? This question changed him from thinking about ministry like a golf team to thinking about ministry like a basketball team. It changed his ministry from an individual activity to a team sport. Bruce Wesley began to believe in collaboration. This book is his story and story of the dynamic Houston Church Planting Network.