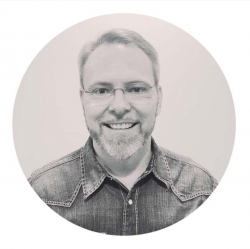 Bruce Wesley
Dr. Wesley is the founding and Lead Pastor of Clear Creek Community Church. He holds a BA in Practical Theology from Howard Payne University (1983), a Masters of Divinity from Southwestern Baptist Theological Seminary, and a Doctor of Ministry from New Orleans Baptist Theological Seminary. He is the founder of the Houston Church Planting Network. He is married to Susan, has three daughters, and a growing number of grandchildren.