“Growing up, I had a really rough childhood, the type that comes up in the news,” Erin Contreras said. “I mean, I went to 23 different elementary schools, so there was no stability or time to go to church.”

Even with so many variables in her life, Erin always felt the presence of someone there for her. She believed in God even though no one in her family was guiding her.

When Erin met her husband, Eli, her thoughts of God faded into the background. Although Eli grew up with a really religious background, Erin didn’t have a foundation that stuck. In 2007, a coworker invited Erin and Eli to attend Clear Creek Community Church. Eli, with his strict traditional religious background, was skeptical upon seeing “a bunch of hippies” in jeans and flip flops, but ultimately they decided to regularly attend Sunday morning services.

“We didn’t have any community,” Erin said about their early experience at Clear Creek. “It was a very transactional relationship. We went, we punched our card, and we left.”

Just before the Conteras’ second son was born, Erin was involved in a traumatic home invasion where the intruder tried to kill her and kidnap her oldest son while she was nearly 9 months pregnant. The only reason she was able to escape at the time was because the intruder thought she was dead already.

“It just left me so broken… with such bad PTSD,” Erin said. “I had Max two weeks later and, after that incident, our marriage just fell apart.”

With the ensuing depression Erin experienced, the foundation she and Eli had as a married couple crumbled. On top of that, Eli lost his job.

After the incident, Erin sought relief from her trauma and depression through medication and therapy, but she often felt alone. It seemed impossible to find other people who could identify with what she had been through.

“There weren’t any support groups for ‘Housewives of PTSD’” Erin recalled. “Either you’re a soldier [struggling with PTSD] or you don’t have it.” She had no one else in her circles who could relate to her experience. As a couple, Erin and Eli were never comfortable talking about Erin’s feelings or how her therapy was going.

“All Eli ever wanted to know was how I was doing because he just loved me so much,” Erin said. “But I could not talk about it at all. I would become too emotional, and it was too much for me… I just held it all in, and it was like a cancer.”

No longer trusting God, Erin isolated with her kids, wrapping them up in her self-protective armor. But, Eli’s response to the home invasion was the complete opposite.

“My husband, in that tragedy, found faith and I lost it,” Erin said. “He saw that somebody was there – somebody kept me alive.”

Erin and Eli continued to struggle, leading them to separate and no longer communicate with one another. They were headed towards divorce at full speed.

“We didn’t have family support. We weren’t in a small group. So that was just the path we were going down,” Erin said. “But my husband, out of desperation, started going to church again because he didn’t know what else to do.”

This time, Eli took a step in faith and joined a men’s small group. When the men would pray at the end of every group, Eli would ask for prayer for his marriage and prayer for his wife.

“At that time, I wanted nothing to do with him,” Erin said. “But Eli kept going to small group and prayed for us.” Erin freely admits that it would have been easier for Eli to just leave her completely. But Eli’s small group encouraged him to love his wife, even at her worst. Toward the end of the life cycle of the small group, Eli was ready to get baptized.

Erin finally agreed, and at Eli’s baptism, she met his small group.

“I saw that they were all married men,” Erin said. “And it broke my heart because I saw how happy all those married couples were, and I knew that they knew my story. I knew they knew what I was going through.”

Shortly after Eli’s baptism, he asked Erin, “What do you think about maybe coming to church with me on Sunday?”

Despite her fears of something happening her kids, she took a step.

About a month later the Contreras were still going to church together every Sunday. Erin and Eli had talked about moving back in together, and six months later, they were living together again. When another GroupLink happened, Eli suggested they join a small group for married couples.

“I was like, ‘I do not want to be in a married group. First of all, we’re barely married at this point. We just started living together and… the last thing I want is some hypocritical Christian telling me what I should be doing in my marriage.”

But Erin eventually agreed because she wanted to find some sort of hobby to do with her husband, though they drove separately to group each week.

“I didn’t want to go there to make friends,” Erin said. “I [didn’t] need churchy people in my life.” Within the first few meetings, the group members were already sharing their backgrounds and stories, and when it came time for Erin to speak, she was frank.

Erin calls it “probably the worst introduction that anybody’s ever had,” but she didn’t think her life and marriage were anybody else’s business. But, she found that the group members were willing to receive her exactly where she was at.

After a while, Erin and Eli started riding to small group in a car together, which turned out to be catalytic for their marriage.

“I never thought the car ride would be the biggest thing, but it’s really where he and I became husband and wife again.” 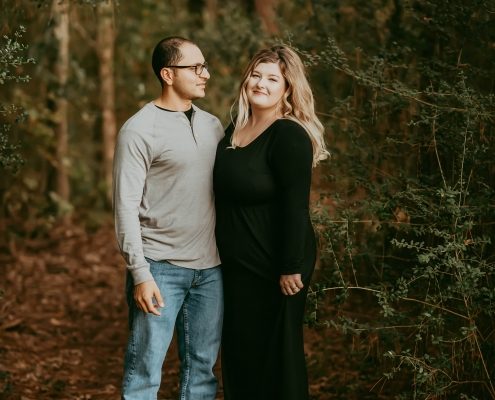 They would talk about their thoughts on the current small group study, and it was the first chance in a long time to connect with one another about something deep. In those moments, without their kids and without distractions, Erin and Eli began to develop a friendship again.

“It just opened up a narrative… where we couldn’t before talk about how we were doing,” Erin said. “It got to the point where we’d get home, and we wouldn’t get out of the car. We’d just sit in the car and talk more for another 15 or 20 minutes. And so, I really think that those car rides were the most special time we’ve ever had.”

After going to small group for about a year-and-a-half, Erin got severely sick one summer and had to endure seven surgeries within a single summer. It was during this time that Erin’s perception of small group took a dramatic shift.

“They just really poured into my family,” Erin said about her group members. “They brought us meals. They checked on me daily. They would check in after every surgery asking, ‘Do you need help with this? Do you need us just to run to the grocery store?  What can we do for you?’”

The Contreras’ small group community intimately entered their lives during one of the most critical times for their family.

Something about this love in action softened her heart. Air rushed back into her lungs. She still wouldn’t describe herself as a believer at that time but just going with the flow. Then one day, something that Eli and her Navigator had both said just clicked.

If God wasn’t there, then why are you angry at him?

“I was angry because I felt abandoned,” Erin said. “Eli had tried to tell me this many times. He would say, ‘Well, how can you feel abandoned by somebody that was never there to begin with?’

It finally made sense to Erin. You can’t be mad at somebody who isn’t there.

“I mean, if I’m angry at somebody then obviously there’s somebody in my heart that’s always been there… that’s when I really started believing.”

“[My baptism] was just another moment where I was like, ‘I’m still doing life with these people. These people are still pouring into me. They’re still here for my children. For my husband. And it was a really beautiful thing to have my community with me.”

Another part of her recovery has to do with her current job opportunity where she teaches music at a Classical School. She has the privilege of talking about God’s beauty every day.

“My whole job is to point out what is true, good, and beautiful in this world and how that all points back to God,” Erin said. “And not being a believer, I wouldn’t have the job that I have. I wouldn’t be able to form these little lives or these connections with these kids.”

Three months after Erin’s baptism, she took a huge next step by starting to serve in the music ministry at Clear Creek. Once someone who slipped in under the balcony and out before the end of the last song, Erin now uses her gifts to play the keyboard and sing on stage.

“You have to be so vulnerable to be on stage worshiping because you’re not just putting on a show for everybody. You’re worshipping withthem.” And each time she serves, she thinks about the people who might be sitting under the balcony.

“Music is one of those things that engages everybody,” Erin said. “So I always pray before I go on stage, Use our music to touch somebody. Open somebody up.”

Erin found, and continues to find, places where her true passion and talent can encourage others to align their hearts in worship, no matter what their own circumstances might be.