“I felt like I was entering a darkness I couldn’t get out of. I’ve been in a cave before where they turn the lights out on you and you can’t see your hand in front of your face. It’s so black.

“That’s where I felt spiritually.”

Marilyn Hester’s bracelets clicked together musically as she spoke, adding expression and emphasis to her story with each hand gesture. Her bright voice, quick movements, big laugh, and sharp tongue suggested she was much younger than 76. And the joy in her smile did not convey the grief she still carried.

Marilyn became a Christian over 40 years ago. To her, God had always been her “best friend, confidant, counselor, everything.”

“He is everything to me,” she said. “I’ve always talked to him. I always had a relationship with him from the moment he revealed himself to me. He created that… He gave me an understanding of his word and the ability to remember it. And I have learning problems!”

Marilyn struggles with dyslexia and attention deficit disorder. As a new believer, Marilyn asked God to help her remember Scripture, and he did. “The word came to life for me; it meant something to me,” she said. “He brought it to life as being real and truth… What’s in here,” she said, pointing to her head, “he pulls out for his purpose. He brings his word to my remembrance.”

Over the years, Marilyn realized she was gifted in remembering and using God’s words in conversations, in speaking to groups of women, in teaching, and in her fervent prayers throughout each day for her loved ones. When her husband, Ed, endured open-heart surgery and almost died, she prayed until he was well again.

And when her daughter, Kim, was diagnosed with an aggressive cancer of the tongue at age 42, she planned on doing the same thing.

Around six months into her diagnosis, Kim left an abusive relationship to move in with her parents again. It was a changing of the guard at the Hester home. Their middle daughter, Carrie, who suffers from muscular dystrophy and mental retardation, had lived with Marilyn and Ed most of her life, but was on her way out of her home for surgery and rehab. Kim returned, needing her parents’ help and care once again.

But the cancer spread rapidly, weakening Kim’s body and mind with every treatment and setback.

“Kim’s suffering was before my face every minute of every day,” recalled Marilyn. “That was more than I could bear —  to see her in that kind of pain. Deep, deep, deep down, I knew she wasn’t going to make it. But I kept praying and putting [God’s] word before him.”

Just over a year into her diagnosis, Kim Hester entered the hospital for the last time. She was given just days to live, and the family was told to make final plans.

“I thought we had more time,” said Marilyn. 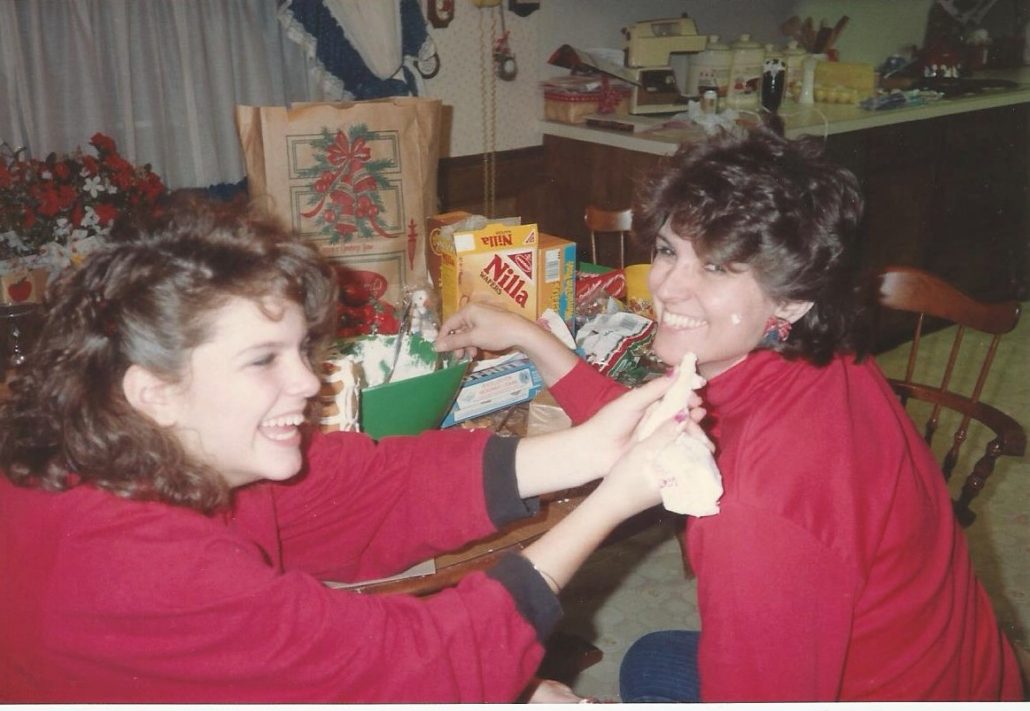 [Marilyn (right) with her daughter, Kim.]

Marilyn was able to take some comfort in knowing that Kim was a Christian. She believed Kim died and was immediately in the presence of Jesus. The peace of that certainty was real. But the pain of her loss was overwhelming.

“I could be in the store and would see a pair of shorts — and she loved shorts — and it would bring back memories of when she was a kid and all that, and I would have to go to the car and cry,” said Marilyn.

“The pain was horrible. It was a physical pain, and I wept deeper than I’ve ever wept in my life… It would just erupt like a volcano, and then it was over. That was at the very beginning.”

Then, still in those early days of the grieving process, Marilyn and Ed were thrown a curveball when they were made fully aware of the living conditions of their other daughter. Carrie lived in a group home which meant that Ed and Marilyn had little legal say over what happened to her there. They were beholden to the caregiver who ran the group home, but they discovered she was not taking proper care of Carrie nor was she regarding Carrie’s grief over the loss of her sister. Marilyn’s hands were tied because she and Ed had no way to properly care for her on their own, and this affected her deeply.

“I really felt like I had no more kids,” Marilyn said. “My son worked all the time and lived across town and pulled himself away from us… And I’d lost Kim. And now I’d lost Carrie. So, I began to feel like I had three children and now I had none. It took away my identity. It made me feel like I wasn’t a mother.”

“I began to realize I had put my identity and worth into how my children turned out, or how much influence I had in their lives, and then they’re gone,” she said. “So where’s my identity? Who am I? It was just another thing that was pushing me down into this quicksand of darkness, deep darkness. Because I felt like I was worth nothing.”

At some point, Marilyn’s daily time set aside to read the Bible and pray began to take a discreet turn. “I would read his word and think Okay, well you had the power to heal her but you didn’t do it. I began to center on what I wanted for Kim more than what [God] wanted for her.”

Slowly, Marilyn’s thoughts toward her beloved Lord began to change and lies took root in her mind.

“You see the pain of the memory, and then behind it is this little thinking… And you fight it for a while. It’s like [Satan] tickles your ears with a lie and truth and together they become truth to you. And you just listen. And you don’t even know you’re doing it, but you begin to believe that God was not there for you.”

Often, the lies came in the form of seemingly benign questions, like Did God really love Kim?

She began to question God and then believe things like, “God doesn’t love you God left Kim. God left you. God doesn’t care. You can’t trust his word.” 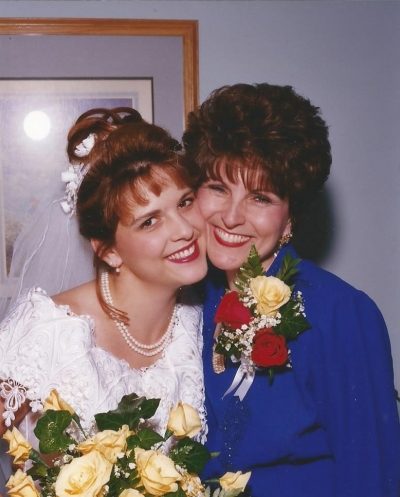 Finally, after a long day of trying unsuccessfully to find a new home for Carrie, Marilyn had had enough. She sent her husband into the house and stayed in the car to let God know exactly what she thought.

In the midst of this crying out, Marilyn sensed a brokenness between herself and God that she had never before experienced.  “I was like a broken vessel,” she said. “And in that, he just sat there and listened. He never made me feel like he was angry with me, like he would leave me. I knew he was there. But he was so quiet. And I needed him to talk to me!”

“Very slowly I pulled away [from God] until there was nothing,” said Marilyn. “There was no comfort. There was nothing… I quit talking to him. We didn’t have anything to say to each other any more.”

Give ear to my prayer, O God,

and hide not yourself from my plea for mercy!

Attend to me and answer me…

Some time later, Marilyn awoke one morning and decided to open her Bible, something she had not done in a while. She thought, “I’m going to open his word. It’s not going to mean anything anymore but I’m just going to read it.” Scripture was no longer bringing her “any comfort,” so she had set it aside. But on that morning, something prodded her to open God’s word.

As Marilyn opened to Psalm 55, she read words penned as a lament of David. The words were familiar, not only to her mind but also to her heart. She understood the anguish David experienced. She continued reading.

…I am restless in my complaint and I moan,

because of the noise of the enemy,

because of the oppression of the wicked…

My heart is in anguish within me;

the terrors of death have fallen upon me.

It reminded her of something from her childhood.

“I would have these nightmares all the time that someone was trying to kill me,” recalled Marilyn. “I remember thinking that I was going to die in the dream.”

Fear and trembling come upon me,

and horror overwhelms me.

“Before this person trying to kill me could touch me, I would just be lifted up above the whole thing, and I would fly,” Marilyn said. “And the ability to fly as a child just blew me away, and there was a peace. I could see the guy running after me, but he couldn’t get to me. I would soar like a bird above all of the danger and was perfectly safe in this one place. I felt at home.”

I would fly away and be at rest…”

When she read those lines, something shifted within her. “No longer was it David… it was me,” she said. “It was like God took me back to the dream and said ‘I delivered you then. I deliver you now.’”

All at once, the memory of her childhood dream and the circumstances of her present moment collided as she read those verses, and the darkness within her broke.

“That was God when I was a little girl!” she recalled. “Oh my God, that was God! He really does care!”

“He knew me as a child,” she said. “He delivered me from my nightmares with his own peace. The word that he showed me… was the same thing that happened in that nightmare, and he delivered me. He knew me then, and he knows me now.”

Marilyn marks that moment as the time where the deep darkness left and never returned.

“I felt like I was trying to lift myself out of [the depression], and God did it,” she said. “He did for me what I could not do for myself.” 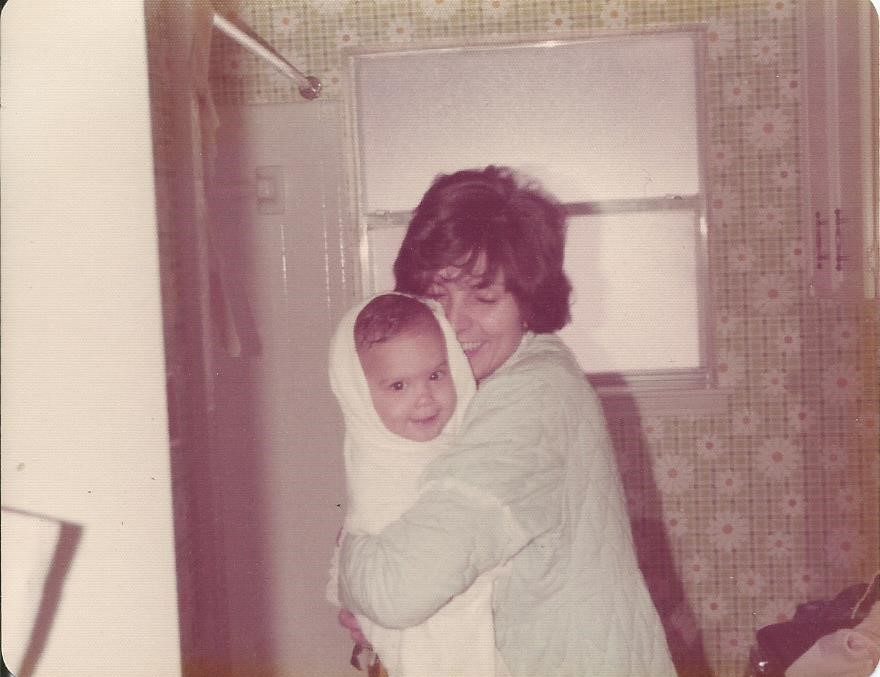 As she looks back on the darkest days, and how God pulled her up out of the pit, she thinks the experience was “about needing [God] more than it was about needing him to do something for me.”

“I missed him more than I missed my own daughter,” she said. “I missed that relationship we had before. It was a walking, talking, living relationship.”

Marilyn knows now that walking away from God was the worst thing she could have done in her grief.

She has learned a few things.

“Go to the Lord with the suffering, and be honest with him. Don’t hold anything back… If you’re just grieving and stepping away from God and not letting him heal [you], then it’s more painful because you don’t have the power to heal you.”

“We’re closer,” she says. “I think what God wants to do with walking through the grief process is to fill that emptiness with himself. And it takes time. Still the pain of it is there… but it’s different than it was before. It truly feels like grief; it doesn’t feel like blackness.”