I love being part of a local church that places an emphasis on adoption and caring for families journeying through the adoption process. My wife, Sarah, and I always knew that we would adopt someday. Adoption and care for the young has been a legacy of the Church since the time of the apostles, and we hoped to follow that tradition. We were aware of Jesus’ command for us to care for orphans and we intended to respond to that call through adoption ourselves.

The opportunity came sooner than we expected.

Four days after Sarah and I found out we were pregnant with our first child, we took in two young sisters who needed a place to live. Eventually, we made the decision, along with the girls, to make our situation formal and legal by going through the adoption process.

My wife and I always envisioned how adopting a child would go. In our minds’ eyes we would bring in a kid who would integrate perfectly into our lives. We would never be worn out or struggle to show them the love and grace that we have experienced in Christ. Sure, we knew that there would be difficulties — we would be bringing a young person with trauma into our home after all. But, we were built for it… right?

Looking back, I might have romanticized the idea of adoption a little too much.

The process of adoption has been full of mental, legal, emotional, and spiritual battles. It’s often said that parenting is a full-time job. This is even more true for parenting an adopted child. The adopted child is not a blank slate waiting to be written upon. Instead, they already have their own pains, beliefs, and opinions, and in some instances, trauma.

I want to say that our adoption experience has been an abnormal one, but I’ve come to realize that there is no such thing as a normal adoption. While books, counseling, and community have helped us adapt to new situations, every adoption is its own unique case with its own unique challenges. Resources can be a survival guide, but the family still has to make the journey.

But, despite the difficulty of the process, adoption has been an incredible gift from the Lord as it is one of the greatest possible illustrations of his love for us.

At times our adopted children have felt unworthy, as if they were not good enough or deserving of our love. It is simply not true. We love them, and they could never do anything to undo that love.

I realized after months of these conversations with my daughters, that for much of my life I actually had the same approach to God.

Adoption into God’s family always felt difficult for me. Sure, I could see God loving me enough to send Jesus to take my punishment to give me new life and right standing before God, but bringing me into his family? That was different because it was so personal. If I were to be one of God’s sons, it would mean that I would be intimately, closely known. Justification could be a one-time gift; I am given new life and righteousness and off I go! But adoption would mean a new, never-ending relationship.

This didn’t seem possible. So instead, I strove to be good enough or worthy enough or to work hard enough to show that Jesus’ sacrifice was worth it. I would constantly fight this feeling of not belonging to the family that I have been brought into. Eventually, I knew, it would be found out that I was too imperfect, too unloving, too calloused, too fake to truly be a son of God.

But, being on the other side of the earthly version of the spiritual reality has taught me so much about God and his heart to grow his family through the beauty of adoption.

One of the greatest gifts that the Lord could give us is assurance—the ability for us to know that God loves us enough to restore relationship with us. For followers of Jesus, assurance of our salvation comes with understanding our new relationship with God. He has adopted us into his family. Through the eternal Son, we are now sons and daughters of God! He is our Father and we are brothers and sisters in Christ! What a great gift of assurance!

Adoption has been the most difficult thing my wife and I have ever faced. Marriage, financial difficulties, chronic illness – none of them were nearly as difficult as bringing new family members into the home.

Should you consider adoption you must know this: it is difficult and at times painful, but I would make the same decision every time. There have been growing pains along the way, but also moments of incredible joy as we see two young women who used to be distant strangers to us become part of our family.

I am so incredibly thankful that God is the perfect version of what a parent should be.

We fail as parents and fail to love one another as brothers and sisters, but God will never fail. Unlike my wife and I as new parents, God will always be perfectly merciful, forgiving, present, and loving. We can rest in his unfailing love while we continue to demonstrate his love to the world. 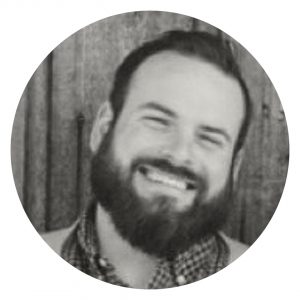 Gary Vander Wiele
Gary Vander Wiele is a high school teacher in the Bay Area and volunteers with the Clear Creek Arts Team playing bass. He holds a bachelor's degree in Theology from Houston Baptist University and a Master of Divinity from Midwestern Baptist Theological Seminary. Gary and his wife, Sarah, attend the 528 Campus. They have four kids.