The current Clear Creek Community Church message series For the Love of God is walking through the Old Testament books known as the Minor Prophets. These books continually point back to the covenant between God and Israel, including the blessings and curses inherent to it. Israel was to be God’s chosen people through whom all the nations would be blessed. They were set apart as a light to all nations, but they continually failed to pursue holiness, turning instead to idols and impurity.

The distinction between minor and major is one helpful way to categorize the different prophetic writings. Another way to distinguish between the Old Testament prophets is to know when they wrote in relation to one of the key events in salvation history—the exile of God’s people from the Promised Land.

The prophets Haggai, Zechariah, and Malachi are all considered postexilic because they were written after the nation of Israel returned to Jerusalem after nearly 70 years of exile in Babylon. Their removal from the land marks a relationship-altering moment in the story of God’s covenant with his people.

The covenant was broken, God’s patience and faithfulness were disregarded, and his presence and promises were rejected. The dire warnings of the prophets came to pass. The people of God lost their land, their national identity, and the temple where the presence of God resided, and were cast into foreign nations under Babylon’s rule.

But God’s faithfulness is perfect.

Cyrus the Great of Persia conquered Babylon and allowed the Jewish captives to return to their land (you can read about this in the books of Ezra and Nehemiah).

The remnant of Judah returned home to begin life again, but the return home was not complete.

The land that the Israelites returned to dwell in was only a small portion of what they ruled over before the exile. More importantly, the land was no longer ruled by a king in the line of David. They had returned, but were still living under the rule of a foreign nation. The destroyed temple would be rebuilt, but it would never compare to its former splendor (Haggai 2:3). And the question lingered, if the presence of God had departed the temple (Ezekiel 10), would it ever return?

With all these postexilic changes to the life of the people of God, unfortunately, one constant was that the people continued to falter in their faithfulness to God.

Malachi, the last book of the Old Testament, shows us that the people who made the journey back from exile demonstrated the same attitude that led to the exile in the first place. Although God continually reminded Israel that they were loved and rescued by God’s grace, they were marked by a cold forgetfulness toward God.

Haggai, Zechariah, and Malachi were sent to preach of repentance and blessing, of redemption and restoration still to come. They called God’s people to look beyond their current circumstances to the coming of the Messiah.

Despite the call of the prophets, these postexilic realities were part of the world Jesus entered into centuries later. The spiritual condition of the people had not changed, and the descendants of Abraham were still under foreign oppression. This is seen most clearly in final days of Jesus life in the exchange between the Jewish leaders and the Roman governor, Pontius Pilate (see John 18-19). Although Jesus was betrayed by His own people, it was on a Roman cross where the true King of the Jews was crucified.

Yet, on a cross made by Israel’s foreign oppressor we see the climax of God’s loyal love for Israel and all of humanity. God had remained faithful to restore his good creation through Jesus — the true and faithful Israelite.

For all the promises of God find their Yes in [Jesus].

The postexilic prophets offer us both warning and hope, for we are also experiencing a reality that is alreadyand not yet. We long for the future return of Jesus, when everything will be made new and we will reside in the new heavens and earth under the perfect reign of Christ, finally free from death, suffering, and darkness. But while we can identify with the postexilic era, a time that required faith and hope, we are also different — the presence of God has returned and we know how the story ends.

The Messiah has come.

He saves us, indwells us, and sustains us.

And he will return.

While we remember and hope in God’s faithfulness, let us also rest in the presence and power of God made available to us through Jesus, who fulfills the covenant, brings us home, and makes all things new. 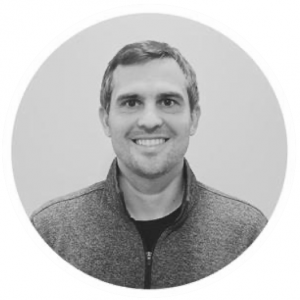 Aaron Chester
Aaron Chester teaches How to Study the Bible at Clear Creek Community Church and serves as an elder at the West campus. He holds a Master of Biblical Studies from Dallas Theological Seminary and works in the oil and gas industry. He is married to Rachel and they have four children.