I didn’t want to give away my first electric guitar.

Even though it was an Ibanez “shredder,” designed for a style I don’t really play anymore, it was sentimental to me. I had owned it since I was a teenager, and it had been with me through the many changes in my life. It moved with me to different parts of Texas at least four times. I assumed I’d always keep it, even if it never more than a nostalgic conversation piece in the closet.

So, when I sensed God leading me to dust it off, get it fixed up, and give it away, I was immediately resistant. Aw man, God. It was my first guitar! I whined a little to him and bristled against the conviction, but I knew it was what he wanted me to do. Another guitar in my house wouldn’t mean much. But to give that guitar away could mean something to someone else, even if it caused me a little pain to do so.

I planned to give it to the Hope 4 Honduras youth pastor, a wonderful guitar player and worship leader, I’d met on a previous mission trip to Honduras. But right before leaving Houston, I found out he’d gotten a job elsewhere and was no longer at the mission.

I debated even bringing the guitar at all but decided to follow through on God’s prompting. I didn’t know who I would give it to, but I stayed alert for an opportunity.

Shortly after arriving in Honduras, I ran into Leo. I had forgotten about this guitarist. Leo works at the mission in IT and security (and he happens to be a killer metal guitar player).

Leo was raised in an environment where Satanic activity, black magic, and witchcraft were the norm. Before Christ, he was surrounded by all sorts of darkness and even played in a band called Blasphemy. But when he came to the Lord, he emerged from his shrouded past and stepped into the light.

The Lord led him to put down his guitar for a long time as he healed from his former life. God showed him that his motivation had been for his own glory and recognition rather than God’s.

But, after years of soul-searching and transformation, Leo pondered on if he should pick up a guitar again. Someone had even given him an acoustic guitar. This time, he promised himself, his relationship with music would be different. He loved metal and performing live, but he wanted to make sure that his motives were pure — that it was for God’s glory alone.

My husband, Billy, and I sat on the Hope 4 Honduras patio, listening to Leo’s story, and a fire shone in his eyes as he told us that he finally felt God telling him he was ready. He had scheduled some time in a recording studio, only a few weeks away. His goal was to form a Christian metal band, bringing Christ to the dark places of the metal scene. He wanted to minister to those musicians as well, sharing his testimony and the glory of God in his redeemed life.

All he needed was an electric guitar.

He didn’t have much money, but he was hoping to be able to find something that worked and sounded good. I asked him the brand and type of guitar he would get if he had more money. When he said “Ibanez” and started describing the exact characteristics of the guitar I had, I knew it was time. 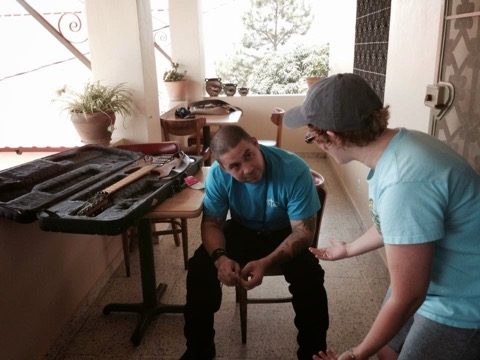 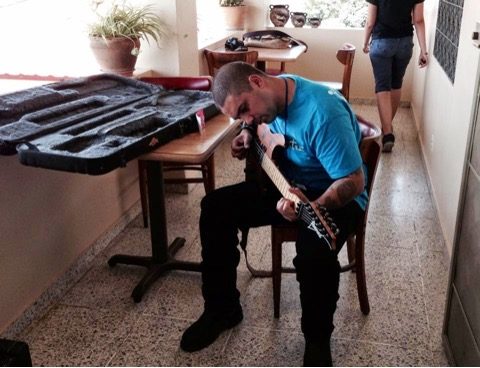 When I told him the story of how the guitar got there, the two of us were in awe.

I will never get over how specific God’s love is for us. His touch is so personal! He provides us with more than we can ask or imagine, at exactly the right time. This was Leo’s affirmation from God: telling him beyond a shadow of a doubt that he was, indeed, ready.

And Leo is running with it. He’s been practicing and recording, and has decided to call his project “Memra,” which loosely means “Word of the Lord.” It is an Aramaic word used in the Bible to describe God’s power coming alive in the physical world — as it will with Leo’s music.

To God be the glory for what he will do with Leo and his gift! We are so excited to see what God does next. 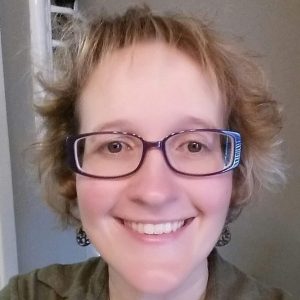 Krissy Jones
Krissy Jones is a native Houstonian and lives in Clear Lake with her husband Billy, working as an office manager for an insurance agency. She enjoys cooking, playing guitar, and exercise. She has been a member of Clear Creek for 12 years, serves in the band at the Clear Lake Campus, and is a small group Navigator. She is passionate about Jesus.