My dad needed my help recently. He was preparing to undergo a medical procedure for his heart, so I took it upon myself to help him sort through some things he needed to do. It was fairly standard stuff. I helped him fill out a legal document and talk with his doctor about the procedure and his options. We discussed his wishes in case things went wrong during the procedure and I was left to make hard choices on his behalf.

While I took care of these typical family duties, I chuckled to myself. Less than three years ago, I would never have imagined being in a place where I’d handle these types of things for this man.

But there I was, discussing end-of-life scenarios with a father who had neglected, abandoned, and disappointed me more times than is fair to mention against him.

I wasn’t able to do it because I love him so much or because he’s turned a corner or because I am such a great Christian.

I was able to do it because I wanted something normal between us. And normal is not a thing I take for granted in the relationship I have with my father.

It felt something like a normal relationship between a father and daughter.

Normal is something I thought I’d had to give up a long time ago — a loss I had to learn to forgive.

And it was also something I had to grieve.

I believe it’s true of us all that when we begin to engage in the hard task of forgiveness, we also have to face grief. But grief isn’t something we normally associate with forgiveness. Or, at least, it wasn’t for me.

We know forgiveness doesn’t mean we “erase” the hard or evil thing that happened to us. We know we can’t forget it.

But what do we do when we arrive at the point in our journeys of forgiveness where we have to deal with the overwhelming pile of emotions at the root of our unforgiveness?

Here’s how the process of forgiveness worked in my life.

I felt the Lord calling me to forgive my dad, but when I would butt up against the really challenging feelings of anger or sadness, I wouldn’t quite know where to put them or how to deal with them. I was prepared to act on the task of forgiveness, but I wasn’t prepared to deal with the grief associated with admitting what I had lost.

Over time, God showed me how he intended to use my grief as one of many tools to grow my heart for forgiveness. Tapping into the sorrow over what I had lost (or never really had) helped me take all those emotions to God.

And when I took my grieving heart to God, he was faithful to heal it.

I began to see how grief was just part of the journey of forgiveness. An absolutely necessary part.

If we want the kind of forgiveness the Lord offers for our broken relationships, then we must address our broken hearts.

We must confront our grief and allow God to come near to us and heal us. That’s when he can “bind up [our] wounds” and fashion our hearts into ones that seek forgiveness.

I love my dad, and I gladly take the normal times when they come. Forgiving him was hard. Confronting my grief over the loss of a “normal” relationship was harder.

But God was merciful to show me that his way was better, and he gave me a new heart capable of holding both love and loss.

He can do the same for you. 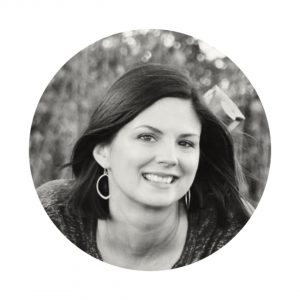 Christy Williams
Christy Williams is a Story Team writer at Clear Creek Community Church. She attends the East 96 Campus with her husband Chaz and their three children.