If you look around the world today, amidst the days of COVID variants, political tension, and a myriad of other stressors and struggles, it’s easy to feel some sense of doubt about God and his presence in the world. It’s easy to wonder why he isn’t doing something about it. Or if he’s even really there at all.

The truth is, even though our worries and fears carry some different names in the modern day, doubt has always existed within the Christian faith.

Even people who were with Jesus — who knew him personally — still struggled with knowing if it was all real.

So, it’s no surprise we sometimes find ourselves with similar feelings.

If there was anyone in all of history who would seem immune to doubt, it probably would’ve been the man traditionally known as John the Baptist.

His mom was the cousin of Mary, the mother of Jesus, which meant Jesus and John were kin. So that’s pretty good. Better yet, God selected and chose John to announce the way of Jesus to the people.

He even baptized Jesus.

Truly, I say to you, among those born of women, there has arisen no one greater than John the Baptist. Yet the one who is least in the kingdom of heaven is greater than he.

I mean talk about something to put on your resume, right?

Jesus called me the greatest person who’s ever lived.

When Jewish kids had posters of the rock stars of the faith on their wall, John the Baptist was right in the middle.

But, as we see earlier in Matthew 11, we observe something interesting happening.

Traditionally, the Jews thought the Messiah would come and destroy the oppressive Romans. He would be this amazing unconquerable king. He’d be a warmonger.

And not only was Jesus not like that, but things weren’t going well for John the Baptist who had just baptized Jesus and declared him the Messiah. In fact, during his ministry, John was imprisoned, and at this point in the text he’s on the docket to get executed.

So, suddenly, it seems all the questions in John’s mind about Jesus, and about his faith, and about this whole idea of Christianity began to bubble to the surface of John’s thoughts.

Here’s what he did:

Now when John heard about the deeds of Christ, he sent word by his disciples and said to him,“Are you the one who is to come? Or shall we look for another?”

Stunning! Here we have the great John the Baptist struggling with doubt about Jesus.

He’s like, “Jesus, are you really the Christ? Or did I screw that whole thing up? We’ve been waiting for somebody. Are you really who you say you are?”

What I love about this, is that it tells us something very important about people who want to deal with their doubts.

If you’ve struggled with doubt or are currently struggling with it, before you do anything else, you simply must know that going through these seasons — those ones that wreck you about Jesus and God — is normal.

And not only is it normal, but it’s also necessary.

Doubts are the growing pains of the faith. It’s always been that way. They’re usually seasons of discomfort, and sometimes they bring us to tears. It’s real pain. But they’re seasons we must endure if we want to grow in our faith.

Coming to grips with the idea that doubt in your faith journey is normal and necessary — just knowing that — lowers the anxiety about it. Because doubt, though it is painful and difficult to journey through, means that at the very least you are asking big questions of a very big God.

And whatever your questions are, whatever doubts you have, the most practical first step is that you must work to find the answer.

And I specifically said “work to find it,” not just “find it,” because I can almost assure you that it’s going to take time and energy.

Go to Christian leaders that you trust. If you’re in a small group, and you’re not bringing your questions and doubts to them, you’re missing a grand opportunity to leverage good Christ-following people. Ask them! And read about the subject you’re asking about (but not just from Google).

My favorite verse in all of the Bible that deals with doubt is Mark 9:24 where a guy says to Jesus, “I believe. Just help my unbelief.”

It’s one of the most honest prayers I’ve ever heard.

That’s a prayer I pray.

God, I believe. Help me in areas where I don’t believe.

And for those who struggle with doubts that’s a great prayer to pray. Run to Jesus with your doubt!

You can take all the doubts that plague you — and they can be really big — but they’re size cannot eclipse the historical fact that Jesus rose from the dead. Whatever doubts you have can be overwhelmed by the weightiness of who Jesus is and what he’s done.

In Matthew 11, Jesus responded to the disciples of John the Baptist like this:

Go and tell John what you hear and see. The blind receive sight, the lame walk, lepers are cleansed, and the deaf hear, and the dead are raised up. And the poor have good news preached to them.

In other words, here’s what he said, “You tell John that you can all have confidence in me by looking at what I’ve done.”

And we have it even better as Christians today, because John never got to see Jesus go to the cross and then, better yet, rise from the grave.

Jesus’ answer is, “You have to trust me.”

And we must do the same.

Even when we can’t trust what’s happening around us.

Even when we can’t trust ourselves.

Doubts are the growing pains of faith. They’re part of the journey. And they’re serious.

But they aren’t insurmountable. 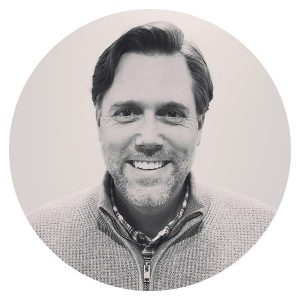