If you’ve ever been to the Guadalupe River you probably know that the river is controlled upstream by the Canyon Dam which forms Canyon Lake.

The idea for Canyon Dam was first conceived after two major flash floods in the 1930s to control the flow of the river.

When there are heavy rains upstream in the Hill Country, the water flows downstream and can flood towns and cause all sorts of problems. So, dams like Canyon Dam are created to manipulate and regulate the source upstream so you get the river downstream that you want.

If you want a river to be nice, predictable, and controlled, and a place where you can get sunburned and dehydrated on a tube, then you go upstream and build a dam to give you that.

We do that same thing with how we live our lives in relation to God.

We want “following Jesus” to be predictable and controlled. We want things to be done a certain way.

And so, we go upstream and manipulate the source of the river. We create a version of Jesus that’s more palatable, that allows us to follow him the way we want.

If you want to be healthy and wealthy, then you create this Prosperity version of Jesus who just wants you to be financially and materially blessed.

We determine how we want to live — we define what it means to follow Jesus — and then we go upstream and create the version of Jesus who will bless that.

But when that happens, what we discover is the Jesus we claim to follow looks less like the Jesus of the Bible and a lot more like us.

What I really need, and what you really need, is to discover the real Jesus, not the one made up of things we want to be true. And when we do, we learn what it looks like to follow him on his terms.

So, let’s look at how Jesus is described in the Bible.

We could look in a lot of places in Scripture, but one of the clearest statements about who Jesus is and what he came to do is in Philippians 2:6-8.

[Jesus], though he was in the form of God, did not count equality with God a thing to be grasped, but emptied himself, by taking the form of a servant, being born in the likeness of men. And being found in human form, he humbled himself by becoming obedient to the point of death, even death on a cross.

This is a theologically rich text about who Jesus is, and it says something profound about him: Jesus was no ordinary man.

Instead, he laid that down. He emptied himself, became a servant, and was born a man.

Jesus is God in the flesh. But, by becoming a man, he willingly took a lowly status and position. He descended from the highest glory to the lowest depths. He was submitting himself to God’s plan to redeem mankind.

The ultimate picture of his humility was his death on a cross. Jesus, as fully God and fully man, lived a perfect life and died on the cross as punishment for our sin, and then rose again three days later, conquering death.

So, here’s what we learn about Jesus: the real Jesus — the Jesus of the Bible — is a crucified Jesus.

He’s the Holy, Creator of all. And he looks at you and me and knows everything about us – every thought and every action. He knows we’re sinners. He knows we can’t follow all the rules no matter how hard we try. He knows we rightfully deserve to be punished for our sin. He knows that we have no hope without him.

And he loves us, still.

He’s not the Jesus we create to fit what we want our lives to look like. He’s better than anything we could dream up. 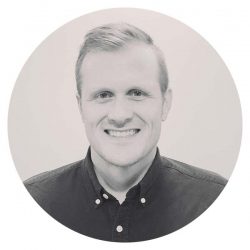