Immigration. It’s a word that will get your attention if mentioned at the dinner table, and probably, depending on your political convictions, will elicit some sort of response. Its complexity is something that might tempt us to think about this issue apart from our faith for the sake of keeping “peace” in our circles. In fact, only 12 percent of evangelicals would agree that their faith in Christ shapes their view of this particular topic, while the rest admit to not knowing how to reconcile the two.

But, this is the reality of our world:

Many of these families are fleeing abhorrent violence and poverty in their home countries and are leaving loved ones behind. This is why this issue cannot be an invisible topic within our church communities.

Because talking about immigration can immediately put us into defensive political stances, we sometimes overlook opportunities to boldly love our neighbors. There are wide-ranging opinions on immigration policies, but it is possible to hold to different politics and still love one another. And not only one another. As ambassadors of Jesus, it is especially important to also love those who are different and vulnerable.

We often tell our student small group leaders that our role in discipleship as we approach these topics is not to help students think politically, but to think about politics biblically. In order to find harmony we must be willing to step into some uncomfortable spaces. God’s word should give us unity, even when we disagree on much.

Dignity and Value of All People

The Bible begins and consistently calls us to value all people because mankind is created in God’s image. While sin has defaced God’s image in people, it has not been destroyed. Because of this fact alone, every human being, saved or unsaved, must be valued and treated with inherent dignity. This is foundational to God’s consistent command throughout Scripture to care for the vulnerable.

As God’s redeemed people, we must always seek to bring love and service to all who bear his image: everyone.

Further, loving those who are foreign but within our reach, is not merely a current political issue, but an issue that Jesus spoke clearly about. In Luke 10, as a lawyer tries to sidestep Jesus’ command to love our neighbors, he tells the parable of the Good Samaritan.

In the story, a Jewish man finds himself wounded on the side of the road. Who comes to his rescue is not the religious respected figures, but an unlikely hero: a Samaritan – a foreigner. He shows extreme generosity in helping the wounded man and paying for his care.

This kind of illustration cut at the heart of the ethnic tensions and preferences of the Jewish audience because of their deep suspicion of the Samaritans. While we often lack in love for those who we think “least deserve it,” Jesus is the Samaritan in our own story. He finds us broken and dying and then pays the ultimate price for our redemption. He rescues his enemies.

This is what we are called to reflect as we love those around us.

Learning from Our Immigrant Neighbors

A biblical reality that we often don’t consider is how the immigrant experience parallels our Christian identity. In fact, the Bible describes followers of Jesus as sojourners, exiles, strangers, and foreigners.

While Christ has redeemed us into his kingdom, it is yet to be fully established. Until his return we live as exiles in a world that is misaligned with our ultimate place of citizenship.

You might be surprised by how much you can learn from listening to immigrants talk about their suffering in a country that is not their home and their perseverance and trust in Jesus in a place that sometimes labels them as enemies.

The Bible isn’t silent about God’s heart for the immigrant. His love for the vulnerable is clear, and his followers’ love should be as well. We all desire to be a part of a country that has coherent borders and an effective immigration policy. We may not agree on what that looks like, but we all should agree on loving the vulnerable.

Love for our neighbor should be a direct result of God’s love for us. God shows his love for us in that while we were still sinners, outside the kingdom of God with no hope of acceptance, Christ died for us. We are now citizens of God’s kingdom, one of many nations, united under Christ and known by our love for one another.

God’s tangible mercies should always be on display through the church, especially when it is extended despite background, ethnicity, and nationality. Regardless of our political differences and policy opinions, we can all remain united by the grace of Jesus and our love for all people.

May we be a church that offers the world a glimpse of the fruit that Jesus bears as God unites all peoples to himself. 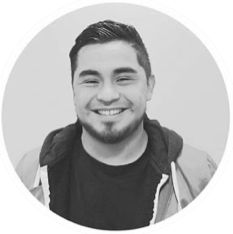 Daniel Palacios
Daniel Palacios serves as the Egret Bay Campus Student Director. He earned a bachelors degree in Theology from Howard Payne University and is currently working toward his Mdiv. at Southern Baptist Theological Seminary. He is married to Jane.