Everyone remembers the cafeteria in high school, right?

Band table, football table, art table, and so on?

Maybe you don’t remember yours, but it goes something like the scene in Mean Girls when new girl, Cady, is informed she isn’t allowed to sit with the “popular” girls if she isn’t wearing pink on Wednesdays.

We all laugh, or maybe cringe, at these teenagers. Good thing we would never act that way now! Especially those of us who are followers of Jesus, right? But when I look at my life, I wonder if that’s really true. Do I share a table with anyone who isn’t basically like me? Do I really love others as my family in Christ or do I just tolerate them in the same space as I am?

In Galatians 2, Paul describes another cafeteria where the apostles struggled between rules that separated and created hierarchy and the freedom and love we are called to in Christ.

“But when Peter came to Antioch, I had to oppose him to his face, for what he did was very wrong.  When he first arrived, he ate with the Gentile believers, who were not circumcised. But afterward, when some friends of James came, Peter wouldn’t eat with the Gentiles anymore. He was afraid of criticism from these people who insisted on the necessity of circumcision.  As a result, other Jewish believers followed Peter’s hypocrisy, and even Barnabas was led astray by their hypocrisy.” (Galatians 2:11-13).

There were some specific theological questions going on in the new and growing church of Jesus. Were Gentile Christ-followers part of the community of God’s people? If they were, should they be circumcised and eat according to Jewish traditional and law?

These questions werereal and important, but Peter already knew the answers. God had already revealed clearly to the apostles (and specifically Peter) that the gospel was for all nations, and that salvation was through faith in Christ, not works of the law. In fact, Paul makes clear that the reason for Peter’s change in attitude toward the Gentiles wasn’t a theological conundrum.

He was worried about what others would think.

Peter accepted Gentiles into the church at Antioch, but then when some of his Jewish friends showed up, he treated the Gentiles as outsiders because he was concerned with maintaining his status with those whose opinions he really cared about.

How often do we do the same? We share the gospel with everyone, but when it comes to living our regular daily lives, we surround ourselves with those we are comfortable with – those who look and act and think like we do. Whether it’s race, politics, class, appearance, personality, or any other way we categorize each other, we too often gravitate exclusively to those who remind us of ourselves.

In response to actions and attitudes like the ones Peter displayed in Antioch, Paul reminds the church in Galatia that through faith in Jesus we are equal and unified.

“So in Christ Jesus you are all children of God through faith, for all of you who were baptized into Christ have clothed yourselves with Christ. There is neither Jew nor Gentile, neither slave nor free, nor is there male and female, for you are all one in Christ Jesus.” (Galatians 3:26-29).

We are all broken people. We, like Peter, resort to hierarchy, cliques, and cultural rules that create division instead of reflecting the beautiful diversity of Jesus’ church.

Let us not just accept one another’s presence in the room, but instead, invite each other to the table, living together and loving each other as if we are truly clothed with and unified in Christ. 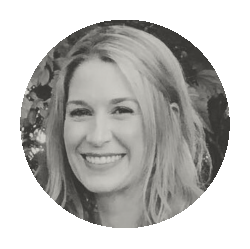 Rachel Chester
Rachel Chester is a Spiritual Formation Associate and teaches Women's Systematic Theology at Clear Creek Community Church. She earned a bachelor's degree in history from the University of Texas, a J.D. from the University of Texas School of Law, and is currently working on her Masters of Christian Education at Dallas Theological Seminary. She is married to Aaron and they have four children.