A few years ago, at a church service, the pastor asked us to write down one thing we wanted prayer for over the next week on a small white card. After we wrote something down, we were asked to bring our papers to the front and lay them on the edge of the stage. Then, near the end of the service, he asked us to come forward again, but this time to take a random card and commit to pray for whatever was written on it over the next week.

After I picked mine and returned to my seat, I unfolded the paper, excited and also a bit nervous for what I might see.

I almost chuckled as I read it.

Surely this is a kid or something, right? The handwriting was shaky and hard to read, and it seemed like such a small, insignificant thing to ask for prayer about.

I guess, honestly, I was expecting (and maybe hoping, a little) for something a bit more grandiose. I mean, I wasn’t wishing for anything bad to be happening to anyone, but the more dire the circumstance the more I thought I would feel a sense of urgency to do my part.

Knowing that people are dealing with cancer, miscarriages, divorce, leading nations, firing employees, exploring outer space, and sharing the Gospel to every corner of the world, did I really need to bother God with this? Should we let him in on this mysterious arm situation, when he clearly had bigger business to handle?

But, as I sat mulling over the words on that piece of paper, I started to think about the parent, friend, or caretaker of the person to whom this arm belonged. How would they feel about this situation?

If a kid, or anyone else, was willing to write these four words on a card when they could literally have asked for prayer for anything else, anonymously, without the possibility of being judged or found out, then maybe this was serious. Maybe it was a miserable condition to be in. Or maybe it was something they never thought would heal. Or maybe it was simply the only thing bothering this otherwise carefree child.

Regardless, someone who loved this kid would care a great deal about it. I know that when I was a kid, whenever I scraped my knee or bruised some part of me, my parents cared a lot.

Even if it wasn’t serious (and it never was), my parents sympathized with the fact that it bothered me.

Psalm 147:3 says, “He heals the brokenhearted and binds up their wounds. He determines the number of stars; he gives to all of them their names.”

God, the all-seeing, all-knowing, creator and upholder of the universe, cares about the big stuff. He knows all about politics, racial tension, COVID-19, hurricanes, and all the rest. But he is also the dad who stoops down to pick up his crying daughter and hugs her tight.

He is the God who parted the sea and delivered an entire nation out of slavery, and he’s also the God who wept with his hurting friends whose brother had died.

The same God who crafted the cosmos is the one who carves broken lives into masterpieces.

“He heals the brokenhearted and binds up their wounds. He determines the number of stars; he gives to all of them their names.”

God, you already know all about this don’t you?

This was his kid after all; his creation.

Even when I didn’t understand, God cared.

And from Creation to the Cross to the promise that he’s coming again, the Bible lets us know that God has always cared.

But sometimes that’s not enough.

“Why am I still hurt if he cares so much about me?” we might say. Or “does God not hear my prayers?”

It’s easy to feel like God’s silence on these matters means he doesn’t care or isn’t listening, but that’s not the case.

God knows exactly what we have gone, are going, and will someday go through. He knows our thoughts, all of our decisions and their reasoning, our struggles, our failures, and our triumphs. He knows when we “sit down and when [we] rise up,” as Psalm 139 says it. He knows what we need even before we do. And he’s always answering our prayers, even if it’s not in the way we are hoping he does.

We don’t pray to tell God things he doesn’t already know. We pray to express our hearts to him – to lay our worries, our brokenness, our trust, and our gratitude at his feet. We pray to realign our hearts and minds with his perspective. We pray to let him in.

Your problems, your worries, your delights, and your dreams might seem like trivial matters to the rest of the universe, but God sees them. 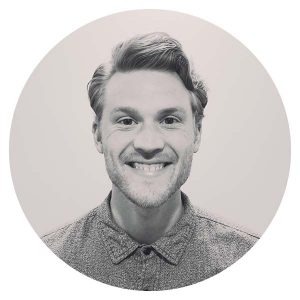